Your Competitor’s Customers Are Your Best Influencers

The practice of influence marketing or “influencer marketing” is showing no signs of slowing down.

Klout scores, which used to be the go-to starting point for most marketer’s influence marketing campaigns are making way – thankfully – to more reasoned engagement strategies that consider what motivates a consumer to make a purchase or what moves him/her along the customer lifecycle.

More progressive marketers are advocating for the use of “micro-influencers,” which they define as influencers with a smaller, more defined, engaged, or brand-targeted audience. This is a step in the right direction, but as outlined in my previous post, it’s still an incorrect definition of micro-influencer.

Based on the hundreds of industry case studies we review here at Sensei, or that I consider for inclusion in my Advanced Influence Marketing curriculum at Seneca College, I know there is still a long way to go before this practice matures.  Despite the growth in the industry, many campaigns are still cookie-cutter tactics that propagate follower = influence models.

We need to push the boundaries.

Think Outside The Influencer

For example, one influence marketing strategy we’ve recently deployed for a client here at Sensei Marketing is the identification of brand detractors and competitor’s customers as influencers.

We’ve often preached the merits of online brand critics, and their brand value when engaged quickly, fairly, and in a public forum. So, it stands to reason that such tactics could be used in online influence marketing campaigns.

Recently, we were tasked to change public perception of a B2B brand whose product was as good – if not better – that its competitors, according to most industry lab tests. Many among its target audience perceived the brand as inferior.

We could have easily solicited the help of the industry’s highest profile “influencers,” with incentives to pimp our product but we knew that modern customers – especially professional users in a B2B industry – were too savvy to fall for such tactics. Had we done so, we may have moved the needle on brand awareness but would have done little to change the buying behavior of our customers.

Instead, we sought out and embraced brand detractors and competitors’ customers to help. We chose to face the customer’s scrutiny and perceptions head-on, and in a very public way.

Barak Obama famously referenced “Team of Rivals: The Political Genius of Abraham Lincoln” by Doris Kearns Goodwin when selecting his first cabinet after winning the US Presidency in 2009.  If it was good enough for President’s Lincoln, it’s good enough for us.

Rather than leveraging the social profiles of industry leaders or brand advocates to showcase new products, slogans or product give-a-ways, we engaged critics and competitors’ customers to advise our client’s business. We created an advisory council of sorts that would work for us, instead of against us.

In embracing our competitors’ customers, we acknowledged their perceptions and criticisms, while welcoming them to share their opinions and product needs with the most senior personnel in the company. A commitment to supporting and listening to this group, as well as the industry as a whole for an extended period and not just for one campaign, created a level of trust and honest dialogue that forged a solid foundation for future marketing campaigns.

Why We Avoided Online “Social Influencers?”

For this campaign, we turned to a study Sensei Marketing completed in the spring of 2016 for another client in which we surveyed 3,455 B2B buyers in the manufacturing industry to determine the level of trust B2B buyers had in the online reviews they read online. 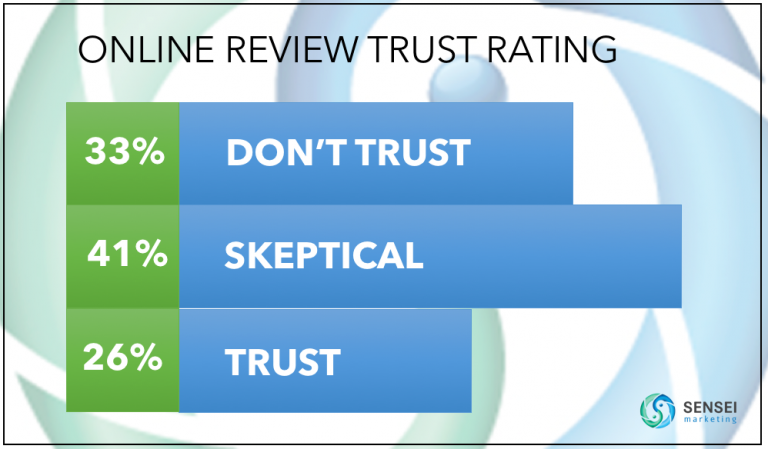 Within the survey comments, many respondents referenced the number of reported stories of cyber-shills (employees or other personnel hired to post artificial reviews for a brand) as the reason for their skepticism.

Consumer trust in online reviews and the social influencers who peddle them is becoming a bigger problem.  According to a study completed by the World Federation of Advertisers, “fake internet traffic schemes,” which many online influencers are engaged in to drive up their notoriety and numbers, will become the second-largest market for criminal organizations behind cocaine and opiate trafficking.

That’s not hyperbole; there’s that much revenue at stake for influencers that driving up follower counts and clicks is becoming an industry onto itself.

Embrace Your Competitor’s Clients As Influencers

Despite our client’s courage in accepting the idea of engaging competitors’ customers as influencers, there were some among the team who were reticent to grant any customer – let alone brand detractors – free reign over the brand in social media.

“What if they end up promoting our competitor’s product after thoroughly testing ours?”

This is, of course, a threat if you wish to look at it that way. However, honesty and authenticity is a primary ingredient for influence marketing strategies.  With well-publicized campaigns of paid-influencers shilling for businesses and creating fake reviews and likes, modern audiences are inherently skeptical. 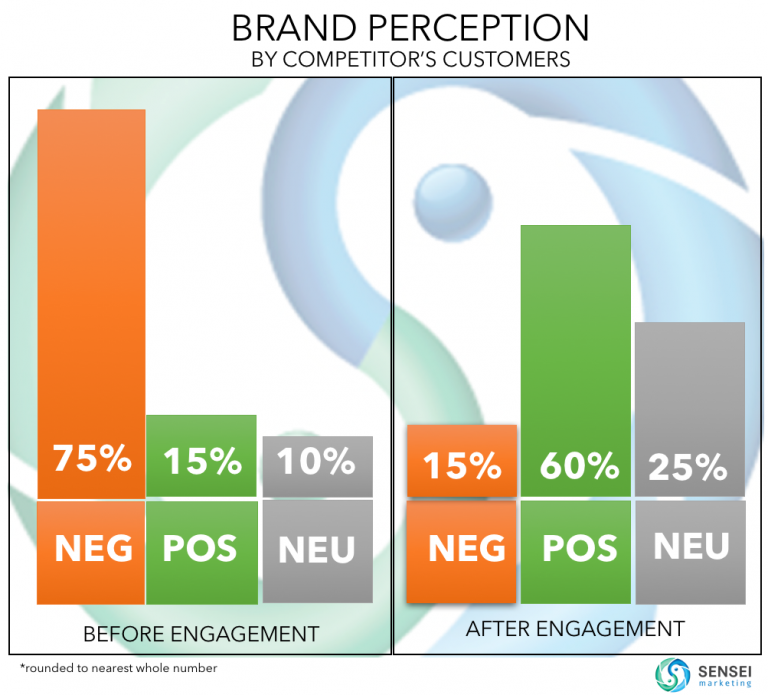 When selecting competitors’ customers for this project, we surveyed their perceptions of the brand we represented. The clear majority (75%) had a negative impression of the quality of the brand and its products.

After an initial engagement with the business’s executives and product tests, the percentage of those who previously reported having a negative impression of the brand dropped from 75% to 15%. The 15% positive brand impression score jumped to 60%.

When push came to shove, even those whose perception of the brand did not change through this initial phase of the campaign were not inclined to share publicly. In fact, the opinions that were shared reflected a respect for the brand they claim to have not had prior.

Had they chosen to share the lack of change in their brand perception or buying behavior, we’d be OK with it, too. Ensuring the wider audience understands that we’re not paying or incentivizing positive recommendations and reviews is ultimately more important than seeing an unfavorable review that already existed.

Establishing an open dialogue with your audience, allowing engaged influencers to speak honestly, and being ready and willing to take credit for a great product or recognize, react, and respond to product issues, is a more effective way to sway buying patterns than simply hiring shills.

Those whose perceptions were changed are now voluntarily taking their experiences and points of view to their audiences. And because each of their audiences knows them well, knows their previous brand affinity, the value of their online commentary is invaluable compared to common pay-for-brand-mentions influence marketing schemes.