Ignore Happy Customers At Your Peril 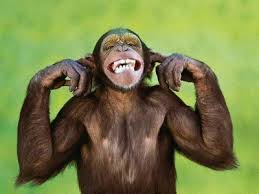 Earlier this year, along with family and friends, I made my annual pilgrimage to our condo is Orlando, Florida – with fear.

It’s not the long lines at Walt Disney World or the hectic Orlando International Airport that I dread; I don’t look forward to flying an American airline with my children who have severe peanut allergies.

Unlike Canadian airlines, Delta and other American airlines continue to serve peanuts on their fights, which is problematic for the growing number of people who go into anaphylactic shock from exposure to these small but potent legumes.

This means that I have to check in with the gate agent, who in turn alerts the flight crew to not serve peanuts on the flight.

I’m then rewarded with jeers and under-breath comments of those who can’t seem to fly if they’re not chomping on peanuts. I join those who pre-board the flight in order to wipe down the seats, trays, armrests, and seat belts of any peanut residue left behind by the previous passengers. It’s a routine I’ve practiced for years and now execute with military precision.

It’s a common occurrence and so I’ve learned it’s best to simply go with the flow and remind every Delta employee as I see them. You can imagine my surprise this year when I pre-boarded my flight in Toronto, Canada — disinfectant wipes in hand, ready to wipe away allergens — to find a flight attendant feverishly scrubbing down our seats.

I’m so used to having to remind booking agents, gate agents and flight attendants that when one of them went beyond the call of duty, I was elated. What was I going to do with all this free time created by a Delta flight attendant doing this work for me? I turned to Twitter of course!

I’m quick to Tweet @DeltaAssist when I’m having some issue with my flight or their service so I though it only fair that I praised them for such outstanding customer service. To Delta’s credit, they’re quick to reply with a resolution and/or apology when I Tweet a problem. I fear I may have overloaded circuits at Delta’s social media command center with my positivity because I received no response this time, which is very uncharacteristic.

I can just imagine customer service representatives running around in a tizzy, not knowing what to do. “We received a compliment!! Oh no! What do we do?” It made me realize that I’ve rarely received a reply when I praise my favorite brands on social channels, yet often get a quick reply when complaining.

Has the threat of negative sentiment going viral across the Internet trained businesses to focus on negative customer experiences and ignore the positive ones?

Our hyper-connected society has made customer experience the defining factor in the consumer’s perception of a business brand. Creating social proof across blogs, social networks and search engines is a critical factor in their decision-making process.

Negative experiences shared online — without the counter balance of the brand’s recognition and resolution — detract from the brand’s perceived value.

Positive sentiment, shared publicly without the brand’s recognition and amplification, is a lost opportunity to create positive viral momentum. It also risks alienating brand advocates. I was disheartened when I didn’t receive a response to my glowing praise of Delta’s flight attendant.

Does Delta not recognize that more people complain that praise? That my praise should thus be recognized for their benefit and to reward me for my behavior? Am I less likely to praise Delta in the future because I didn’t receive a thank you or an acknowledgement of my praise? I would have to say yes. Am as likely to complain when something they do does not meet my expectation? Yes. I think that’s what I just did.

Sensei Debates: Ignore Happy Customers At Your Peril.  What is the effect of ignoring happy customers? Is there less effect if you ignore them vs. upset customers publicly tweeting their experiences? Are brands so trained to manage negative sentiment that they ignore the positive?