Here at Sensei, we’re always on the lookout for good and bad examples of customer development and community management strategies. This week an IKEA fan community caught our attention.

However, where we could (and should) be discussing a best case example, unfortunately, we’re discussing a large brand misstep in both customer development and community management strategies.

IkeaHackers is a fan-created blog that shares how-to tips on “hacking” furniture from the popular IKEA retail chain. Essentially it shows innovative ways in which Ikea customers have combined various furniture pieces and/or embellished them to created even cooler furniture. If this were a MTV series, it would be titled “Pimp My Ikea Furniture.”

Sample of the “hacks” created and shared in the IKEA Hackers community: 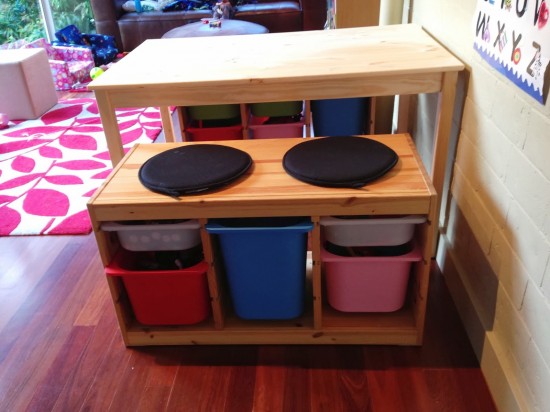 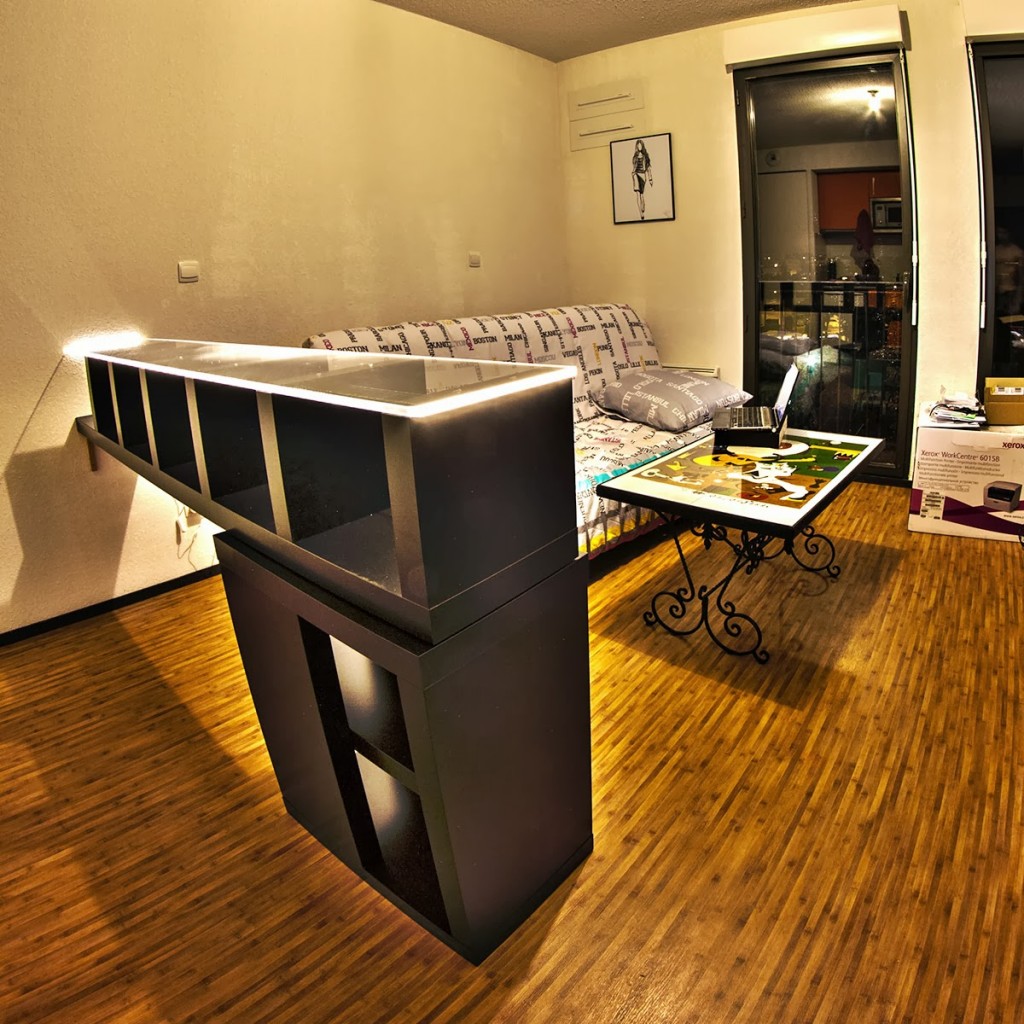 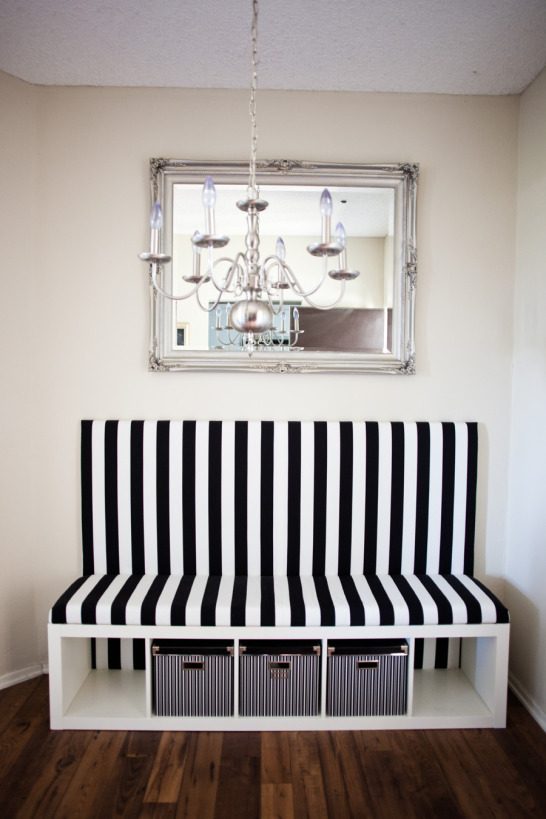 What We Should Be Discussing

What we should be discussing is how such fan-created communities are exactly what is right with social media for businesses. Sharing ideas on how to personalize low-cost, boxed, do-it-yourself furniture to make it appear hipper and more expensive inspires new fans and drives up sales for the retailer.

What could be better than a community of advocates building greater loyalty among its fan base? Oh, yes, it’s free! Yes, that’s definitely better.

This large and invested community of IKEA fans started out eight years ago as a personal blog by Jules Yap. Despite its popularity and growth, the community has been largely ignored by IKEA . Until now.

What We Are Discussing

What has captured IKEA’s attention – and the reason it is finally (publicly) acknowledging this community – is the fact that Ms. Yap has begun to sell small advertising banners on the site in order to offset some of the high costs of maintaining and growing the community.

Ikea and its lawyers, who for eight years seemed  content to allow the site to continue with the title “IkeaHackers,” are now objecting to the use of the Ikea name.

Ms. Yam has received a cease and desist letter from Ikea’s lawyers that asks her to stop using the Ikea name in the community’s title and URL. The site itself is not a problem (they’re OK with people driving customers to their store), they just can’t allow it to use their name.

Gizmodo shared this story yesterday postulating that “…IKEA is sending a message that there’s only one way to put together its products, and it’s written in pictograms on the paper they come with.”

I disagree; I’m sure they love the idea of people customizing Ikea furniture – designers have been doing this for many, many years and Ikea has become one of the largest retailers in the world.

Instead of discussing how much Ikea loves its customers and community, the conversation today is centered on IKEA’s greed.

What IKEA Should Have Done

1. Instead of burying its head in the sand like an ostrich (while reaping the profits generated by communities such as these), IKEA could have embraced this community (and others like it) from the start. It could have recognized and even rewarded the founder as an influencer who truly drives sales for their business. Similarly, it could have engaged directly with the community by acknowledging and rewarding the best ideas and sharing those ideas with other communities or featuring them on its own website (which would drive up sales further).

2. Why not sponsor a contest for the most innovative “custom furniture” or room design using IKEA products as a base? Imagine the additional sales and earned media that would have been created if they’d sponsor and support this site, not to mention the additional fan devotion it would have created?

3. Support the community as a resource for product research that can be used by its designers, merchandisers, and marketers.

4.Instead of getting its knickers in a bunch over the measly amount of money that Ms. Yap is generating from ads on a site that uses its name (an amount that I’m sure doesn’t cover her time or costs to maintain the community), IKEA could have stepped up and financially supported the community with its own ads or other considerations.

None of these were done. Instead, IKEA sends a cease and desist letter as a matter of course to protect it’s trademark, which it certainly has a right do to. But why wait 8 years to do it?  Because brand arrogance and corporate-think, led by high-priced lawyers and executives (who most likely don’t shop at IKEA )  would have to give way to a customer-first mentality. And we all know that “customer first” or “the customer is always right” is really only a business motto until the business thinks there’s a buck to be made in ignoring it.

Our advice to other businesses in similar circumstances is to wholeheartedly embrace fan communities. In fact they should create, nurture, and/or sponsor them. If they’re fan created and managed, support them financially or allow them to support themselves financially; these costs are a pittance compared to what you’d have to pay to generate such awareness, earned media, loyalty, and advocacy anywhere else.

What is your annual budget for radio and television commercials? Can you directly pinpoint the sales and/or profit generated by those ads or, as is the case with most retailers, is the evidence anecdotal? What is your cost of customer acquisition?

What is the true cost  – or negative brand impact- created by allowing your brand name to be used in a fan site? What is the cost of the negative publicity you generate by fighting fan communities?  Compare that to the costs of supporting such community in which direct sales and earned media can be directly measured.

Think about the loss of future business or the life time value of your customers when IKEA Hackers becomes Furniture Hackers (or something like that) and people start advocating for other furniture stores? You DO have competition you know? Other products that could be easily be combined or overtaken in these now-dedicated fan forums such as, but not limited to (that’s lawyer talk for you):

Note to the current IKEA Hackers community and community owners: I added links to each competitor for your reference. Enjoy.

1. Should IKEA have embraced this community by supporting it financially? Or is its financial concern justified?
2. Is this a good example of brand protection or a brand fail?

Share your thoughts either way in the comments below.