In honor of the season, we here at Sensei Inc. have decided to take a brief pause from our exploration of customer acquisition, customer development, and customer experience strategies to travel the world (OK, social networking sites) to uncover the world’s scariest social media costume.

(Hey, we all need a diversion once in a while, work with me)

After an exhaustive search of Facebook, Twitter, Instragram, Rediit, and Google+, our team of expert “scary social media costume judges” (yes, there’s a certification for that) has finished deliberating and ready to announce the winner!

“The resemblance to the ‘fake-it-till-you-make-it’ 30-something wannabe marketer was uncanny,” states one of the judges. “Fake marketing professionals are one of our new-world’s scariest creatures and this costume just hits the nail on the head!”

The social media guru costume won by only a small margin, narrowly beating out the runner up, which was the “Sexy Social Media Influencer” costume. It purports to make the wearer the most popular person at the Halloween ball!  “This might have won but the judges worried about the negative effects it might have on pre-teens,” reports the head judge. “Young women are growing up too fast; girls are trying to emulate fake marketers and social celebrities at too young an age and we just didn’t want to contribute to that ugly trend.” 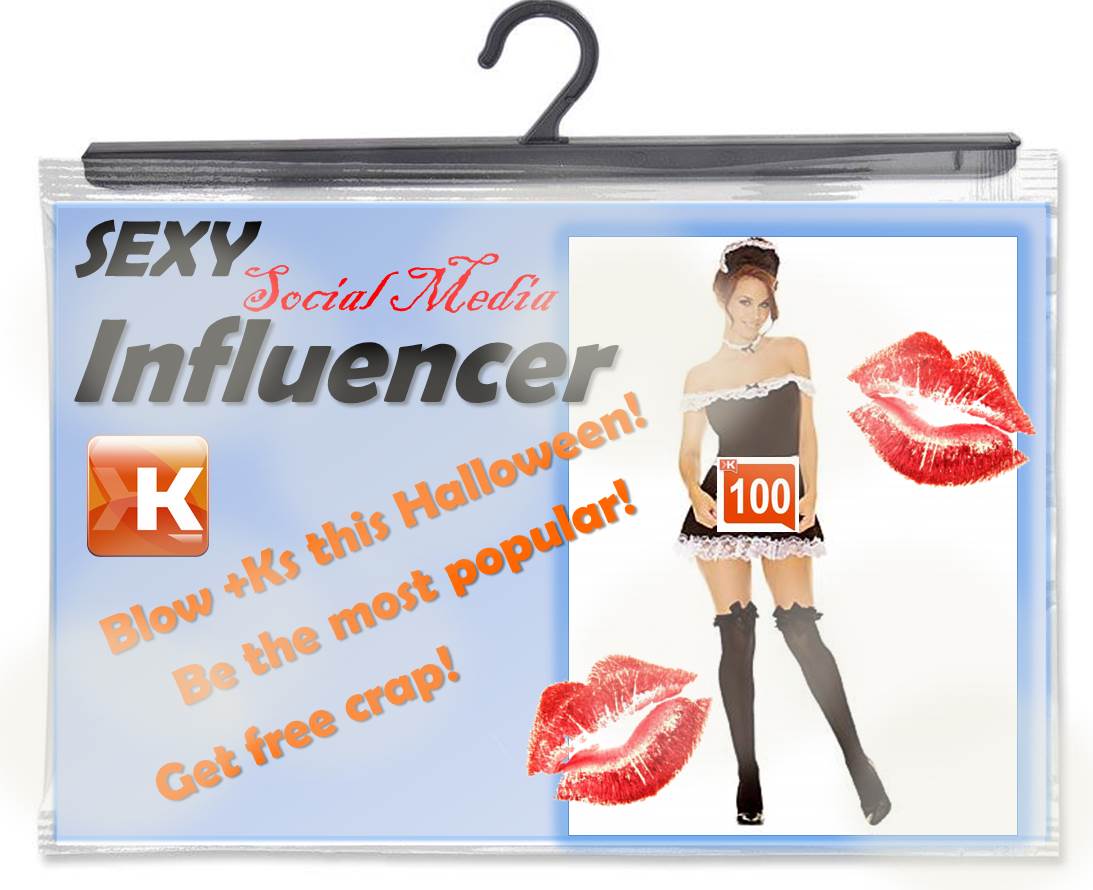 What do you think of the winner and runner up costumes? Which would you have chosen?