Uber will deliver your Big Mac combo to your doorstep.

Amazon wants to deliver your new shirt by drone.

And Dominoes will soon deliver your pizza by a self-driving car, complete with a heated compartment to keep your pie warm.

It’s the race to be the fastest, the most innovative, and the most convenient delivery experience.

Consumers can click a button and get nearly anything delivered right to their door.

But what if instead of getting robots to deliver stuff to your door, robots made that stuff right in your home?

That’s what I see as the future.

With the technological advancements of robotic automation and 3D printing, I believe the next wave of consumer production will occur not in factories or warehouses, but in your own home.

I call this “in-home automation”.

For example, what if McDonalds sold technology that would make your Big Mac Combo right in your kitchen?

Or what if Dominoes sold technology that would make your pepperoni and mushroom pizza?

Or what if Amazon sold technology that would make your new designer t-shirt?

You get the idea.

But Robert, you’re shouting, people don’t have room in their homes for giant robots!

However, people have found room in their homes to make offices, gyms, and meditation rooms – why not a robot room?

Besides, remember how big computers used to be at first? 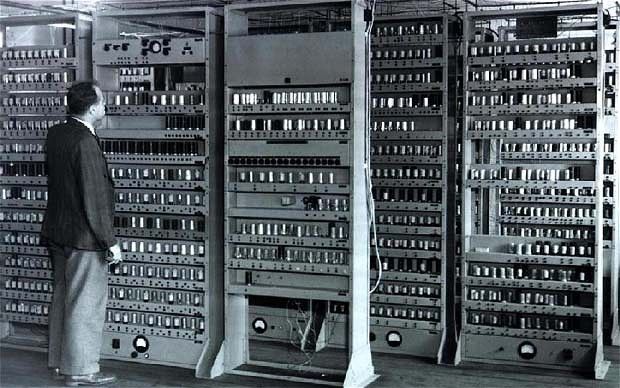 So How Will “In-Home Automation” Change Things?

In-home automation, or the production of goods within the home using technology, is going to disrupt a lot of industries.

Obviously we’re not quite there yet where we can build cars, couches, or TVs in our homes.

But I don’t think we’re far away from being able to build our own Big Mac Combo, Dominoes pizza, T-shirt from Amazon, or jeans from The Gap.

And once we can, the line between B2B and B2C will practically disappear in many instances.

For example, if Gap had a product that let you make your own Gap jeans, consumers would be treated just like a business where they had to follow certain patent and licensing rules, and wouldn’t be allowed to mass produce or resell their jeans.

Copyrights, patents, and licensing will become paramount in this new in-home automation industry – lawyers will be happy.

But Robert, you shout again, companies aren’t going to allow their customers to make their own products!

But it’s hard to stop a technology that consumers choose or try to adopt.

Remember when the music industry tried to shut down digital downloading and the Napsters of the world?

In-home automation is coming, and it may already be here.

Even Amazon has to ask the question, how will we make money when people will be able to make many of our products in their own home?

As the saying goes, adapt or die.